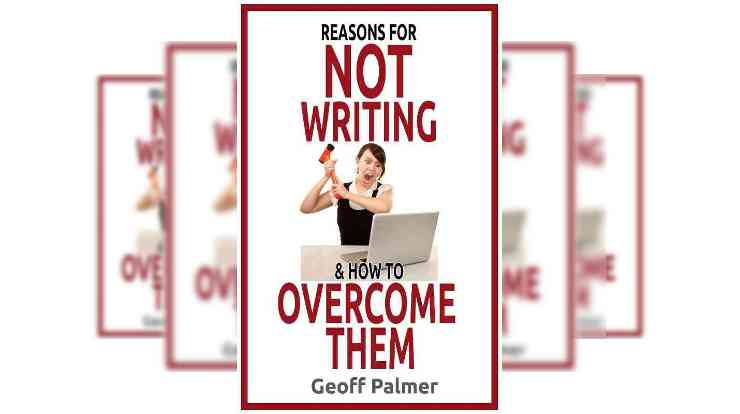 “There’s no such thing as writer’s block. That was invented
by people in California who couldn’t write.”
— Terry Pratchett

Writer’s block comes in two forms: a general creative slowdown or a complete inability to write. It was first described by psychoanalyst Edmund Bergler in 1947, and well-known sufferers have included F Scott Fitzgerald, the creator of the Peanuts comic strip Charles M Schulz, British songwriter Adele, and it may well have been the reason Herman Melville gave up writing novels shortly after Moby Dick was published.

The cause may be external – illness, injury, a family crisis, death of a loved one – in which case you should deal with it exactly the same way as you’d deal with it in your regular job, typically by taking some time off work.

Often, however, the cause is nothing more tangible than “creative difficulties”. Common reasons cited include:

Philip Pullman, author of the brilliant His Dark Materials series, is less sympathetic:

“Writer’s block … a lot of howling nonsense would be avoided if, in every sentence containing the word WRITER, that word was taken out and the word PLUMBER substituted; and the result examined for the sense it makes. Do plumbers get plumber’s block? What would you think of a plumber who used that as an excuse not to do any work that day?

The fact is that writing is hard work, and sometimes you don’t want to do it, and you can’t think of what to write next, and you’re fed up with the whole damn business. Do you think plumbers don’t feel like that about their work from time to time? Of course there will be days when the stuff is not flowing freely. What you do then is MAKE IT UP. I like the reply of the composer Shostakovich to a student who complained that he couldn’t find a theme for his second movement. “Never mind the theme! Just write the movement!” he said.

Writer’s block is a condition that affects amateurs and people who aren’t serious about writing. So is the opposite, namely inspiration, which amateurs are also very fond of. Putting it another way: a professional writer is someone who writes just as well when they’re not inspired as when they are.”[1]

Some years later, when he was asked if he had any tricks or tactics to help get things moving when the words weren’t coming out the way he wanted, Pullman replied, “No tricks. I just sit there groaning.”[2]

Apart from that, and having someone grab you by the lapels, give you a good shake and shout, “Harden up!” in your face, what else can you do?

Here are some ideas to break through the block …

Spend 5-10 minutes writing anything and everything that comes into your head. Don’t worry about whether it makes sense, just get it down as quickly as you can. Some writers do this to limber up at the start of each session. It’s the mental equivalent of an athlete’s warm-up.

Write a diary entry about your day (or, if this is an early-morning session, the day before). This is personal, private and for your eyes only. Like freewriting, the idea is to shove your inner critic aside and get you back into the swing of stringing words together.

Step away from the desk

Personally, I find running useful when I catch myself starting to stew on my own thoughts. There’s something refreshing about the switch from mental to physical exertion. Giving your brain what it considers real work – “Oh god, a hill!” – frees up the mind remarkably. I’ve had some of my best ideas and found my way through seemingly intractable plot blocks while out pounding the streets.

“If you get stuck, get away from your desk. Take a walk, take a bath, go to sleep, make a pie, draw, listen to ­music, meditate, exercise; whatever you do, don’t just stick there scowling at the problem. But don’t make telephone calls or go to a party; if you do, other people’s words will pour in where your lost words should be. Open a gap for them, create a space. Be patient.”
— Hilary Mantel

Don’t go there in the first place

There’s a natural tendency to finish a writing session at the end of a chapter, a paragraph, or some other logical block. Instead, try finishing in the middle of …

That last sentence would be pretty easy to come back to finish off, wouldn’t it? And doing so will immediately transport you back into the frame of mind where you left off last time.

“The best way is always to stop when you are going good and when you know what will happen next. If you do that every day … you will never be stuck. Always stop while you are going good and don’t think about it or worry about it until you start to write the next day. That way your subconscious will work on it all the time. But if you think about it consciously or worry about it you will kill it and your brain will be tired before you start.”
— Ernest Hemingway

An extreme solution
If you’re really stuck, you might like to break the rule of Reason #2 (Distractions) and try The Most Dangerous Writing App.
On arrival, you’ll be presented with a Session Length option – which you can set for 3, 5, 10, 20, 30 or 60 minutes – and a Start Writing button. Hit that and you’re committed. If you pause for longer than five seconds, you’ll see your text dissolve irrecoverably before your eyes. If, however, you make it to the time you’ve set, you’ll be given a chance to save your words.
The app claims it’s “designed to shut down your inner editor and get you into a state of flow”. It certainly does that!

I suspect the prime cause of writer’s block is stress, and that results in a self-fulfilling cycle of misery. Procrastinating, and the worthless feelings that result from it, simply add to the burden and wind you up a little tighter. So stop procrastinating. Get something down. Anything. It doesn’t matter about the quality. It can always be polished (or discarded) later.

“Writer’s block is a phony, made up, BS excuse for not doing your work.”
— Jerry Seinfeld

KEY POINTS FROM THIS CHAPTER
♦ Writer’s block is often just another form of Resistance.
♦ Freewriting, journaling or taking a walk can help.
♦ Treat writing like a job. What would your boss say if you claimed to have doctor’s block, or bartender’s block, or IT consultant’s block? Exactly! So get to work!