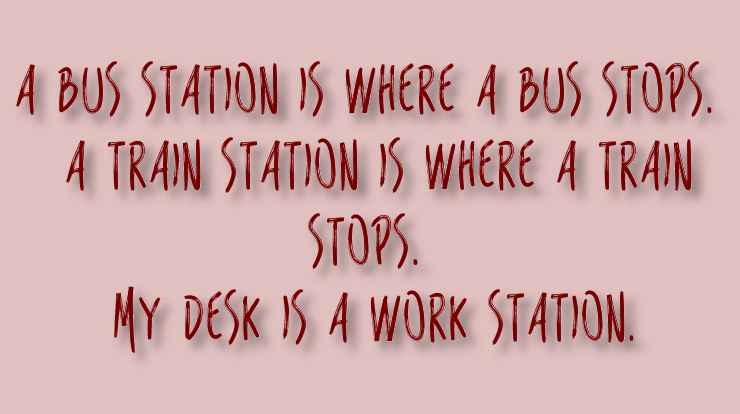 According to Groucho Marx, “Time flies like the wind, but fruit flies like bananas.” Marx was a master of paraprosdokian; linguistic U-turns that result in humour or surprise. Twists like: “I once shot an elephant in my pyjamas. How it got in my pyjamas I’ll never know,” and (to a hostess), “I’ve had a perfectly wonderful evening, but this wasn’t it.”

“If I agreed with you, we’d both be wrong.”
Winston Churchill.

“War does not determine who is right … only who is left.”
Bertrand Russell

“He was at his best when the going was good.”
Alistair Cooke (on the Duke of Windsor)

“If I am reading this graph correctly … I’d be very surprised.”
Stephen Colbert

“You can always count on the Americans to do the right thing – after they have tried everything else.”
Winston Churchill

“If all the girls who attended the Yale prom were laid end to end, I wouldn’t be a bit surprised.”
Dorothy Parker

“A modest man, who has much to be modest about.”
Winston Churchill

“She looks as though she’s been poured into her clothes and forgot to say ‘when’.”
P G Wodehouse

“I like going to the park and watching the children run around because they don’t know I’m using blanks.”
Emo Phillips

“I haven’t slept for ten days, because that would be too long.”
Mitch Hedberg

“I sleep eight hours a day and at least ten at night.”
Bill Hicks

“The difference between stupidity and genius is that genius has its limits.”
Albert Einstein

“He taught me housekeeping; when I divorce I keep the house.”
Zsa Zsa Gabor

But back to Groucho. When my first novel was published, a friend quoted him to me: “From the moment I picked up your book I was convulsed with laughter. Some day I intend reading it.”