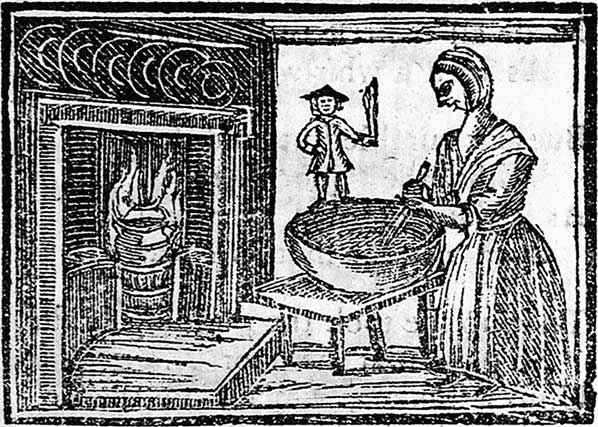 The English language is full of odd words with odder origins. Here’s a few I’ve come across lately …

codswallop
(Something untrue or simply made up for dramatic effect.)
Derives from the words “cod” meaning imitation, and “wallop” meaning beer. So codswallop is literally “imitation beer”; the sort of stuff you’d spit out. It’s also been suggested the word refers to the kind of rubbish people talk when they’ve had a too much “wallop”.

faff
(To muck around, waste time, or do very little.)
Comes from the 17th century word “faffle” meaning “to flap about in the wind”.

lurgy
(A cold or the flu.)
The word originates from the 1950s British comedy radio programme The Goon Show. The original script, Lurgi (sic) Strikes Britain, was by Spike Milligan and Eric Sykes, and referred to a national epidemic of an unidentified illness with symptoms that included an uncontrollable urge to cry “Eeeeeeeeh Yakka-Boo”. The word itself probably comes from a mispronunciation of the word “allergy”.

miffed
(Irritated or annoyed.)
Derives from the German muffen, meaning to sulk.

over-egg the pudding
(To embellish or overdo something to an extent that’s detrimental to the finished product.)
The “egg” in the phrase comes from the Anglo Saxon word “eggian”, meaning to excite. (We still use it in the phrase “Egging someone on.”) So it doesn’t literally mean putting too many eggs in the pudding, but over-exciting the pudding by over-mixing the batter – which takes the air out of the mixture and results in a tough, chewy cake. 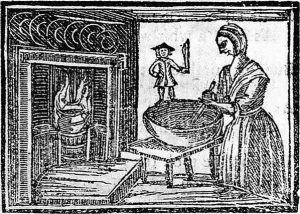 pop your clogs
(Colloquialism: To die)
The phrase originates from factory workers in the time of the Industrial Revolution in Northern England. Workers wore wooden clogs to protect their feet, and “pop” originally meant to stand up on end. Someone who’d “popped their clogs” was laying down dead with their toes in the air.

skive
(To avoid work or school, often by pretending to have the lurgy.)
Skive comes from the French word esquiver, meaning to dodge or avoid.

take the Mickey
(To take liberties at the expense of others.)
The phrase comes from Cockney rhyming slang. “Taking the Mickey Bliss” (a name of unknown origin) means “Taking the piss.”

waffle
(To skirt around a subject saying little of any value.)
Derived from the 17th century word “waff” which meant to a shrill cry. It evolved to mean to talk foolishly or indecisively.

wind-up merchant
(Someone who makes comments to deliberately spark controversy.)
The jack-in-the-box children’s toy typically consists of an innocuous looking box with a crank handle. Turning the crank plays a musical tune until a certain tension is reached. Then the lid bursts open to reveal a spring-loaded surprise, usually in the form of a clown. So a wind-up merchant is someone turning a conversational crank with the aim of provoking a sudden outraged reaction. 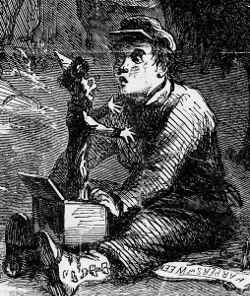