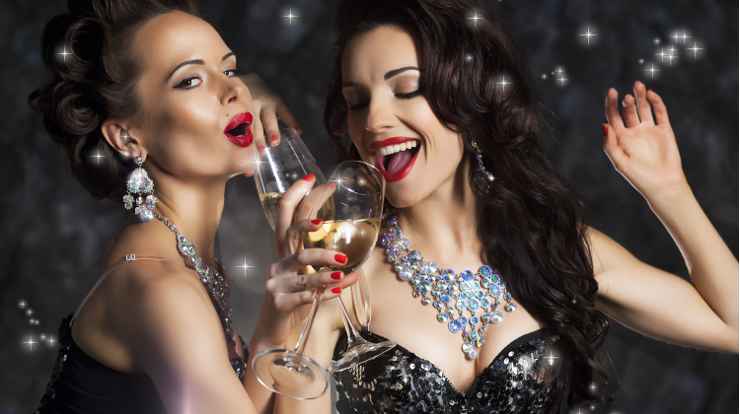 If you’re thinking of making a New Year’s resolution in a couple of days time, don’t! Around 80% of people do, apparently, and one-third of those don’t survive beyond the first week of January. Three months out, the failure rate rises to 85%.

There’s nothing special about resolutions and January 1. You can make a new resolution any day of the year. But here are two tricks to keep in mind: how you manage it and how you phrase it.

The fallacy of goal setting

Despite what everyone tells you, setting goals is mostly a waste of time, and in many cases it’s self-defeating. Imagine, for example, you set yourself a goal of going to the gym five times a week. Exercise can be hard work, particularly when you’re starting out, and especially if you already put a lot of energy into your job. Most people don’t really enjoy gym workouts and only go along because they feel they have to. The least temptation – a couple of drinks after work, catching up with a friend, a cold, a late night the night before – and you’ll skip a session, promising yourself you’ll catch up at the weekend, or next week … yet somehow you never do. Pretty soon, that daily workout’s down to three times a week, then two, then none.

(It’s also the reason why gyms sell memberships, not one-trip tickets. It guarantees their income because only 18% of members use the gym regularly and consistently.)

Many years ago I joined a company that had a corporate gym. I went along and did a fitness test, pedalling a stationary bicycle for a fixed number of minutes before having my pulse and respiratory rate checked to see how quickly I recovered. The fitness instructor graphed my results and said, ‘So what sports do you play?’

I shook my head.

He looked puzzled and checked his graph again. ‘Are you sure?’

‘I ski a bit in the winter. A week, maybe. And the occasional weekend.’

He shook his head. ‘It won’t be that. You must be doing something regularly.’

I racked my brains. ‘I do walk to work each day.’

‘It’s about twenty minutes each way.’

He threw up his hands. ‘There you go. You’re doing two workouts a day!’

What I’d lucked into by pure chance was a system, not a goal. That system carried me to and from work each day. I never once thought of walking as a workout – and I still don’t. It’s a way to get somewhere, certainly, but it’s also a time to think, to meet people and chat, listen to music or an audiobook. It’s not dependent on anything. There are no scheduled classes, no start and stop times. I can head out early and dawdle, work late, have a drink afterwards, go to a movie and dinner, and still complete my workout for the day. I don’t think of it as a part of an exercise regime or a scheme for healthy living. It’s just what I do.

It passes what I call the Toothbrush Test.

No one ever agonises over brushing their teeth. No one goes,”‘I’m not in the mood to brush right now,” or “I’m too tired,” or “I’ll double-brush tomorrow.” They just do it without agonising over it, or even really thinking about it. It’s a habit. An ingrained system: Going to bed? Brush teeth. Morning shower? Brush teeth.

If you can sneak your resolution into your daily routine and make it a habit, you’re on your way. For many years I set my alarm an hour earlier than I really needed for work and got into the habit of writing before breakfast. It became an unthinking part of my routine. I just did it, and still do.

You probably spotted it right away. That’s right, the how. How do you plan to get your boss’s job in two years’ time? ​ How are you going to lose that much weight? How will you go about writing a novel?

See the difference? Systems, not goals. Simple practices that will lead you to your goals – and maybe way beyond. Concrete things you can start doing right away.