I first met Jim Siers when my flatmate, Mike – a dab hand with a soccer ball (or should that be “dab foot”?) – got talked into coaching an eleven-year-old boys’ soccer team by a workmate.

‘Laugh all you like,’ he replied. ‘I put you down as Team Manager.’

Coaching took place on Thursday evenings with games on Saturday mornings. I remember our first one in particular. We rolled up late, disorganised as usual, (blame the manager), and had a last minute scramble to get our guys organised, into jerseys and on to the field while the opposition – immaculately turned out – did warm-ups on the sidelines under the eagle of a track-suited coach. Eventually our guys ambled on to the pitch still tucking themselves in … and slaughtered them.

There was one notable feature in every game and every coaching session. One parent was always there: Jim Siers. His son Conrad was part of the team.

We became friends, the four of us, and would play long games of Frisbee in the little park below their house on Ottawa Road. Like everything else he did, Jim threw himself into these games with intensity and vigour. You might just catch one of his killer throws, but it would leave your hand zinging for minutes afterwards.

Jim was a photographer. He’d published more than 20 books by that time, many of them through Millwood Press, a company he and his wife Judy owned and ran. (Judy Siers was later a Wellington City Councillor.) This was decades before digital publishing and ebooks. Producing a book, especially a photographic book, meant real upfront expenses. I remember him giving us the proofs for a new book one day and asking what we thought of it.

‘Think it will sell?’

We both reckoned it a winner.

That book was New Zealand / Dramatic Landscape. At a time when books about New Zealand were slim volumes with gaudy, high-gloss slip-on covers, this was a game changer. Landscape format, (what else?), matt-art paper pages, cloth bound with a hard linen-bound case, it was elegant, understated and superb quality. If my memory serves me right, it retailed for $60 – in 1979 – and sold like hotcakes. The book won a Tourism Design Award and was reprinted in 1981 and 1983. 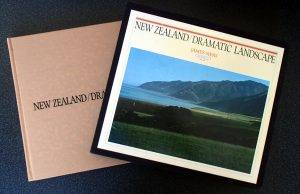 Mike and I helped unload the container containing the very first shipment, and were rewarded with signed copies for our efforts. I still have mine. It’s a treasured possession.

I too was a photographer at that time, working for the National Art Gallery. One day, Jim asked the question that every photographer dreads; ‘So, what do you think of my photographs, Geoff-rey?’

#1: I like the name Geoff but I hate the name Geoffrey. Jim was one of the few friends to get away with calling me that because he broke it into two distinct syllables, giving the second a sort of whimsical, humorous inflection.

#2: Jim had a vast amount of equipment, all 35mm. (He shot almost exclusively on Kodachrome 25). Everything from 24mm wide-angle lenses up to super-telephotos – including a Canon 600mm f/4.5, no less. A lens, for the uninitiated, that makes your camera look like an optional attachment … 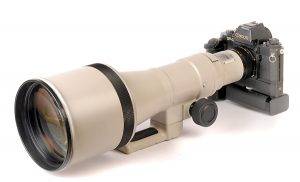 He also used a Widelux – a clockwork panoramic camera that took eight shots on a 36-exposure roll. In fact, he had so much gear that I recall seeing an old Canon F1 body used as doorstop in the house.

He took a huge number of photographs too. Thousands for Dramatic Landscape, though only 300 were finally used. I recall him in his studio at the bottom of the garden, flicking slides off his light-table into an already overflowing bin.

#3: Jim could spot disingenuousness across a crowded room and bullshitters from ten blocks away. Not only that, he’d call them on it! An eye-to-eye stare and, ‘I think you’re shitting me.’ It might sound intimidating, but it was also one of his endearing qualities: absolute honesty.

Now back to that question … )

‘So, what do you think of my photographs, Geoff-rey?’

‘Well,’ I said cautiously, ‘given all the gear you’ve got and the amount of time you spend taking pictures …’ (Did I mention that in the preface to one of his books, possibly The New Zealanders, he reckoned he’d spent two weeks in light aircraft photographing from the air?), ‘… and the number of pictures you take, pretty much anyone could get those shots.’

I braced myself for a verbal battering (at least!), but Jim laughed and said, ‘A lot of people tell me that. And they’re right. But do you know what the difference between them and me is, Geoff-rey? They talk about it. I do it.’

It’s a simple philosophy, but one that’s stuck with me to this day.

Remember that next time someone tells you they’re going to write a book one day, or that they’ve got great idea for a story, or they’re sure they could write a bestseller.

Real writers write. It’s as simple as that.

Years passed. I went to England, my friend Mike moved to Nelson and we lost touch with Jim. I always meant to look him up again, but you know how it is …

A month or so before Christmas last year, Mike and I were on the phone, talking, remembering Jim. ‘I wonder what’s become of him,’ Mike said. So I looked him up on the internet and learned that he’d died three years earlier.

There’s a fine obituary to him here on the Stuff website, and a more personal one from Lindsay Shelton here. He also has a modest entry in Wikipedia.