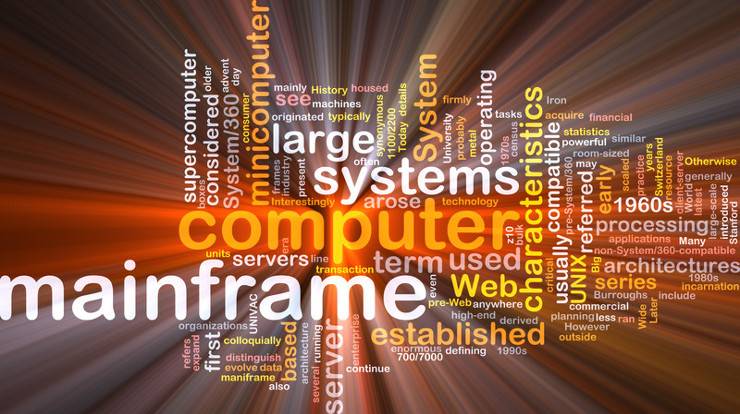 he Jargon File, also known as The New Hacker’s Dictionary, is a window into a golden age of computing. I still have a copy the latter (a third edition), and I still take it down now and then for a laugh or a bit of insight. I mean, how can you beat definitions such as these …

like kicking dead whales down a beach
A slow, difficult, and disgusting process.

wave a dead chicken
To perform a ritual in the direction of crashed software or hardware that one believes to be futile but is nevertheless necessary so that others are satisfied that an appropriate degree of effort has been expended.

In its original form, The Jargon File – a glossary and dictionary of computer slang – goes back to at least 1975. It was published in book form in 1983, edited by Guy Steele, then re-released in 1991, edited by Eric S. Raymond – who’s known in computer circles simply by the TLA “ESR”.

Raymond continues his editorship of the file to this day.

It’s worth noting that the print version is called The New Hacker’s Dictionary and, as far as I can see, only available in the 1996 third edition at some rather inflated prices. But in file format – still called The Jargon File – it’s available for free from Project Gutenberg, where you can browse or download it in epub, Kindle, plain text or HTML formats. The Gutenberg version is version 4.2.2, but you’ll find the very latest version (currently 4.4.8) on ESR’s own website where you’ll also find background info and related resources.

But you’re probably just here for some of the definitions.

drunk mouse syndrome
Where the mouse cursor on screen doesn’t move in sync with the motion of the actual mouse.

bit rot
The propensity of unused programs to stop working, even if nothing has changed.

bletcherous
Disgusting in design or function.

bagbiter
Something that fails to work, or that works in a remarkably clumsy manner.

washing machine
An old-style 14-inch hard disk in a floor-standing cabinet – so-called because of the size of the cabinet, the top-loading access to the media packs and they fact they were always set on ‘spin’ cycle.

This entry leads to …

walking drives
An occasional failure mode of magnetic-disk drives back in the days when they were huge, clunky washing machines. Those old dinosaur parts carried terrific angular momentum; the combination of a misaligned spindle or worn bearings and stick-slip interactions with the floor could cause them to `walk’ across a room, lurching alternate corners forward a couple of millimeters at a time. There is a legend about a drive that walked over to the only door to the computer room and jammed it shut; the staff had to cut a hole in the wall in order to get at it!

Washing machines were naturally connected by bit hoses – cables – or particularly fat underfloor ones known as boas, “possibly so called because they display a ferocious life of their own when you try to lay them straight and flat after they have been coiled for some time. It is rumored within IBM that channel cables for the 370 [mainframe computer] are limited to 200 feet because beyond that length the boas get dangerous — and it is worth noting that one of the major cable makers uses the trademark `Anaconda’.”

The term hacker, much misused by the media, had and still has positive connotations within the programming community:

hacker
[originally, someone who makes furniture with an axe] 1. A person who enjoys exploring the details of programmable systems and how to stretch their capabilities, as opposed to most users, who prefer to learn only the minimum necessary. 2. One who programs enthusiastically (even obsessively) or who enjoys programming rather than just theorizing about programming. 3. A person capable of appreciating hack value. 4. A person who is good at programming quickly. 5. An expert at a particular program, or one who frequently does work using it or on it; as in `a Unix hacker’. (Definitions 1 through 5 are correlated, and people who fit them congregate.) 6. An expert or enthusiast of any kind. One might be an astronomy hacker, for example. 7. One who enjoys the intellectual challenge of creatively overcoming or circumventing limitations. 8. [deprecated] A malicious meddler who tries to discover sensitive information by poking around. Hence `password hacker’, `network hacker’. The correct term for this sense is cracker.

cracker
One who breaks security on a system. Coined ca. 1985 by hackers in defense against journalistic misuse of hacker.

Another fascinating entry concerns the term bug, tracing its origins back as far as Shakespeare. In checking out modern usage of the term, ESR recounts how he checked on a story that the original computer bug – a hapless moth that flew into and shorted some relays in a US Navy computer in 1947 – was now in the Smithsonian. It wasn’t. The log book, complete with errant insect taped inside it, was still with the navy, but ESR’s investigations into the story actually prompted the Smithsonian’s History of American Technology Museum to acquire it. ‘Thus’, he concludes, ‘the process of investigating the original-computer-bug bug fixed it in an entirely unexpected way, by making the myth true!’

That of course leads to a number of bug variants:

schroedinbug
A … bug in a program that doesn’t manifest until someone reading source or using the program in an unusual way notices that it never should have worked, at which point the program promptly stops working for everybody until fixed.

heisenbug
A bug that disappears or alters its behavior when one attempts to probe or isolate it.

mandelbug
A bug whose underlying causes are so complex and obscure as to make its behavior appear chaotic or even non-deterministic.

You may not have heard of FIFO (First In, First Out) queues, but every PC user has experienced a FISH queue at some point. First In, Still Here is a polite way of saying the computer appears to have hung.

lots of MIPS but no I/O
Used to describe a person who is technically brilliant but can’t seem to communicate with human beings effectively.

And if you ever wondered how computer chips work, it’s all down to …

magic smoke
A substance trapped inside IC packages that enables them to function (also called `blue smoke’; this is similar to the archaic `phlogiston’ hypothesis about combustion). Its existence is demonstrated by what happens when a chip burns up — the magic smoke gets let out, so it doesn’t work any more.