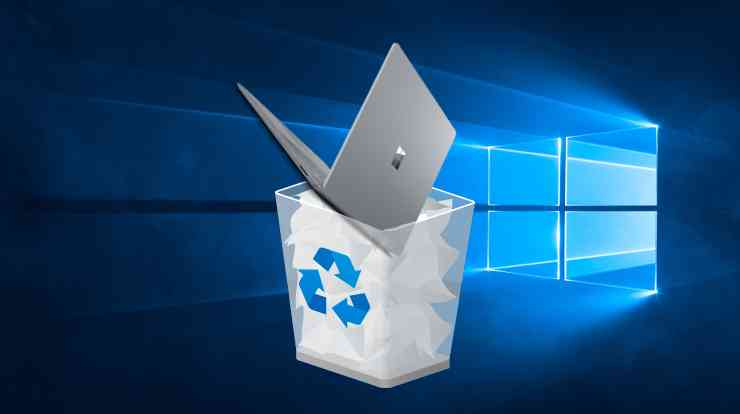 Ever come across a brand new Microsoft Surface laptop running Microsoft Windows 10 that wouldn’t allow the installation of a brand new retail copy of Microsoft Office 365? Me neither. Until yesterday.

A client asked me to help her move programs and data from an ageing HP laptop to the sparkling new Surface she’d just purchased from Noel Leeming’s in Wellington. By the time I arrived at her office she’d made a start. A new retail pack of Office 365 Personal, purchased along with the laptop, was open on her desk, but she was having trouble installing it. It’s supposed to be a simple three-step process: (1) create or login to your Microsoft account, (2) enter the 25-character Office Product Key, and (3) click a link to install the software. But every time we got to the Install stage, the only option presented was to buy online the product she’d just bought at the store.

After 20 minutes of reading Help documents, searching the internet and multiple retries, I girded myself and called the Microsoft Helpdesk, thus beginning a two-and-a-half-hour ordeal to get the damn software installed.

Let me summarise the situation. We had a:

on which we were trying to install

The first Helpdesk port of call was Office Support and we went through all the usual things. Where did the software come from? Could they check the Product Key? Had I tried the 1-2-3 installation? etc. etc. At one point the helpie tried a remote connection to the machine but it didn’t work. Then she asked what operating system the laptop was running. Was it Windows 10 Home or Windows 10 Pro?

There was an audible pause on the Skype line. Sorry, you’ll have to speak to the Windows 10 S Support desk.

Windows 10 S Support went through all the usual things – including trying to connect remotely (and failing). Finally, I was asked what brand of laptop it was running on. Is it a Dell or an HP for example? (This, presumably, so I could be fobbed off to one of their Helpdesks.) I had some difficulty convincing the helpie it was one of theirs, a Microsoft-branded machine with the Windows logo on the lid and “Microsoft, Made in China” stamped on the base. In that case I’ll need to transfer you to Surface Support.

So began the longest part of my ordeal. I won’t bore you with the details, but I should give some credit to the obviously long-suffering Eugene P. on the Surface Support team who went through it with me. It’s not his fault the whole setup is a piece of shit. He just has to deal with the consequences.

In short, Windows 10 S is a Microsoft-online-only operating system that was officially “deprecated” (corporate-speak for “abandoned”) in March 2018 “due to market confusion”. It was designed primarily for the education market and was intended to compete with Google’s Chrome OS and netbooks. The only way to install software and apps on it is to buy them through Windows Store. If you prefer Firefox to Edge or Adobe’s PDF reader to Microsoft’s? Tough. If it ain’t in the Windows Store, you can’t have it.

To be fair, there was apparently a free upgrade option to Windows 10 Pro, but that expired on 31 March 2018 – four days earlier.

I should note that at no point did Microsoft tell me there was a problem with Windows 10 S or that it had these limitations. If they had done so, I could have advised my client to return the machine and get something that would work for her. Instead, I was dragged through the interminable process of first updating Windows 10 S, (reboot), installing Surface Diagnostics, (reboot), upgrading to Windows 10 Pro, (reboot), and finally installing Office 365. Time elapsed from first calling the Microsoft Helpdesk: around 2.5 hours.

I should also add that Noel Leeming’s appeared to be unaware of the limitations of Windows 10 S too. Why had my client been sold a product she couldn’t install on her laptop? She called the manager to complain and was met with surprise. He promised to phone Microsoft and find out what the situation was, but called her back later to to say (oh, the irony!) that he couldn’t get through to them.

There’s precious little information about the limitations of Windows 10 S online – especially on Microsoft’s website – and I only finally confirmed my suspicions about it in a 200-word paragraph buried away in 20,000 word piece about Windows 10 on Wikipedia.

It seems that less than an month ago Windows 10 S was replaced by “S Mode”;

an OEM option wherein Windows defaults to only allowing applications to be installed from Windows Store, but does not require payment in order to disable these restrictions.

Why anyone would ever want a mode that effectively crippled their machine is beyond me. Then again, I’m a Windows sceptic. All my desktop machines have been running Linux since 2001.