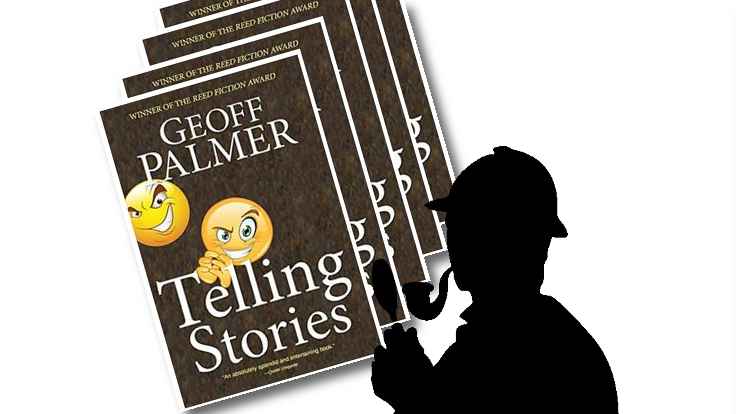 A couple of months ago, I blogged about getting a book “suspended pending review” by CreateSpace. The book in question, Telling Stories, was first published more than two decades ago, and therights reverted to me ten years after publication. (You can read the full story here.)

It took a bit of digging, but following the trail from my original (and long-defunct) publisher, I learned that if I hadn’t negotiated the terms of the contract, all rights to the book would now belong to Penguin Random House. (Remember, when you sign something away for “the term of copyright”, that means your lifetime plus 50years. (It’s 70 years in the States.))

But the big question is why? Why did PRH go after a book first published by a small New Zealand publishing house way back in 1996?

Think about it for a moment. There has to be someone somewhere, (and most likely a whole team of people), going through lists of properties published decades ago, checking they haven’t been sneakily re-released, then pursuing any miscreants with takedown letters to the likes of CreateSpace. It’s not like they want to re-publish the book. Or if they do, they haven’t mentioned it to me.

So why go to all that bother …?

Now, I think I’ve found the answer: it’s an Intellectual Property grab. The big clue came in this post by Dean Wesley Smith. He writes:

… these major international publishers rely on the purchase of IP for their bottom line accounting. They are, in essence, copyright squatting.

This has been going on in art, music, and Hollywood for a very longtime, folks. Just finally, with the new IP valuation methods for fiction copyright, copyright squatting is coming into play in publishing. (Copyright can be depreciated for tax purposes, folks.Forever. Just saying. Buy a book for $5,000 advance, appraise the future value for 70 years after the author’s death at a half million, put that value on the corporation books and then depreciate it. It is slightly more complicated than that, but not much.)

Telling Stories has good to me since I re-released it back in 2014. The story is just as vital and engaging as it was when it was first published. (And I’ve done a damn sight better out of it than when it was out-of-print for all those years.) But PRH aren’t interested in books these days, or at least, those sort of books. They’re much more interested in cashbooks, and balance sheets and depreciation. It’s the old, old story: follow the money.

And in case you’re still hankering after traditional publishing contract, you might like to heed a few more words from Dean:

Folks, these traditional publishing companies are not really based anymore in their foundations on selling and distributing books to readers. That should be scary evident by now to even the slowest writers out there. Just as one example, the companies have no sales force, but instead depend on the writer doing the work, just as indie writers do.